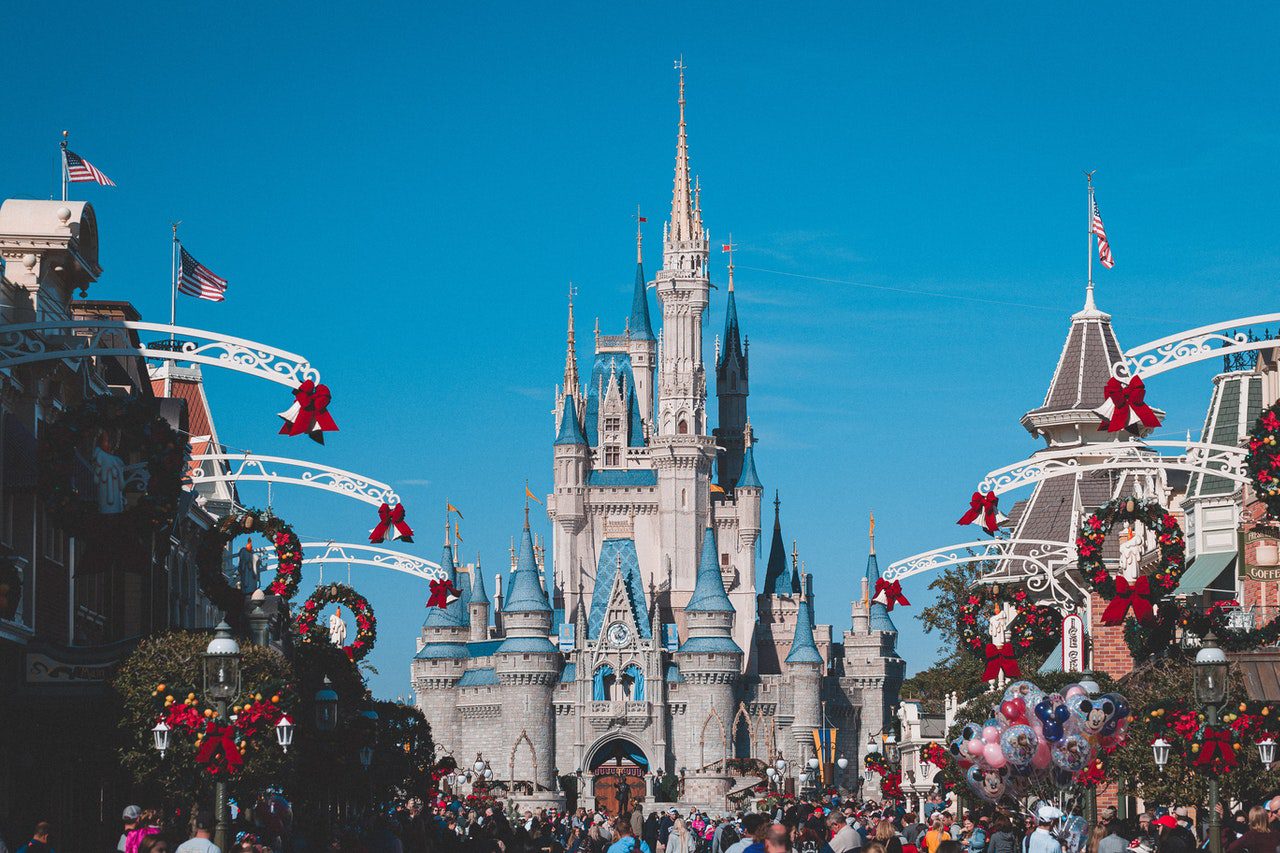 With a rich heritage of storytelling, Disney Parks combines creativity, innovation and technology to immerse guests in classic Disney tales and innovative family entertainment. Today, hundreds of millions of guests from around the globe visit this magical place to enjoy a Disney vacation — where guests of all ages, play and learn together.

Walt Disney World Resort is a world-class entertainment and recreation destination featuring four of the most popular theme parks from around the globe, two thrilling water parks, more than 30,000 hotel rooms, a sports complex, several golf courses and Disney Springs—a bustling metropolis of shopping, dining and entertainment. Since 1971, Walt Disney World has focused on delivering legendary guest service and one-of-a-kind experiences that makes it the number one vacation destinations in the world where families create magical memories. 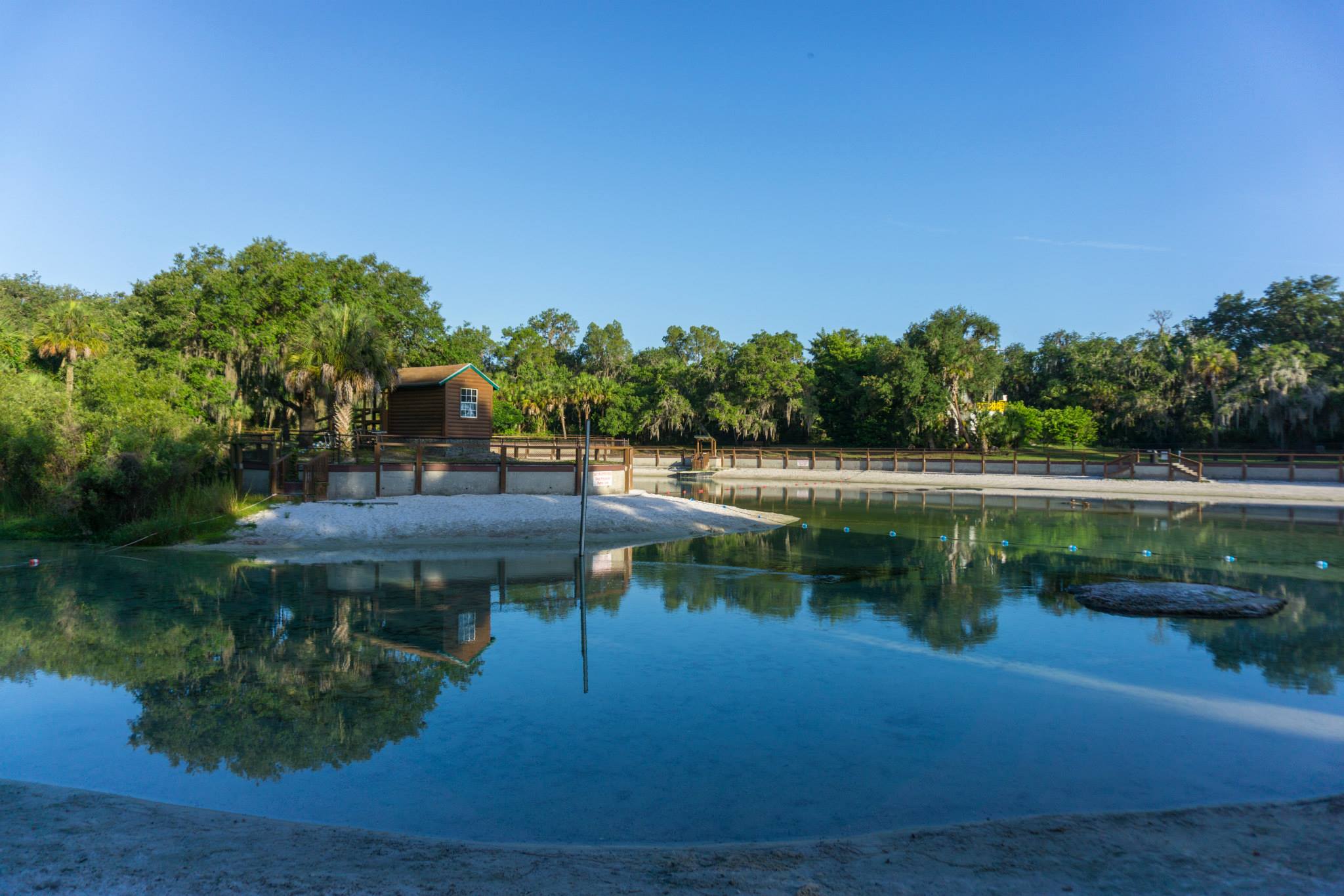 Well-known for its natural spring which flows year-round, cool, clean water into the Alafia River, the Lithia Springs Park was originally purchased by Gardinier, Inc., a mining company that soon became Mosaic Phosphate, Inc. When the company leased the park to Hillsborough County as a recreational area in 1957, the 160-acre site slowly became a popular camping spot.

After setting up camp, hikers can explore the woodsy trails and its diverse plant communities, river cypress swamps, and hardwood hammocks. But it is the natural spring that serves as the park’s major attraction, which—courtesy of the water’s 72 degree temperature—provides an excellent swimming experience all year long. In addition to swimming, visitors can fish and play volleyball. There is also a bath house for the parents to rest and chat, while their kids can play at the park’s playground.

The park’s 44 camping sites—which is also suitable for RVs—include water/shower and electrical services. The campers also have access to picnic shelters and tables, restrooms, and barbecue grills. There are no reservations for these sites; everything is done on a first-come, first-serve basis. 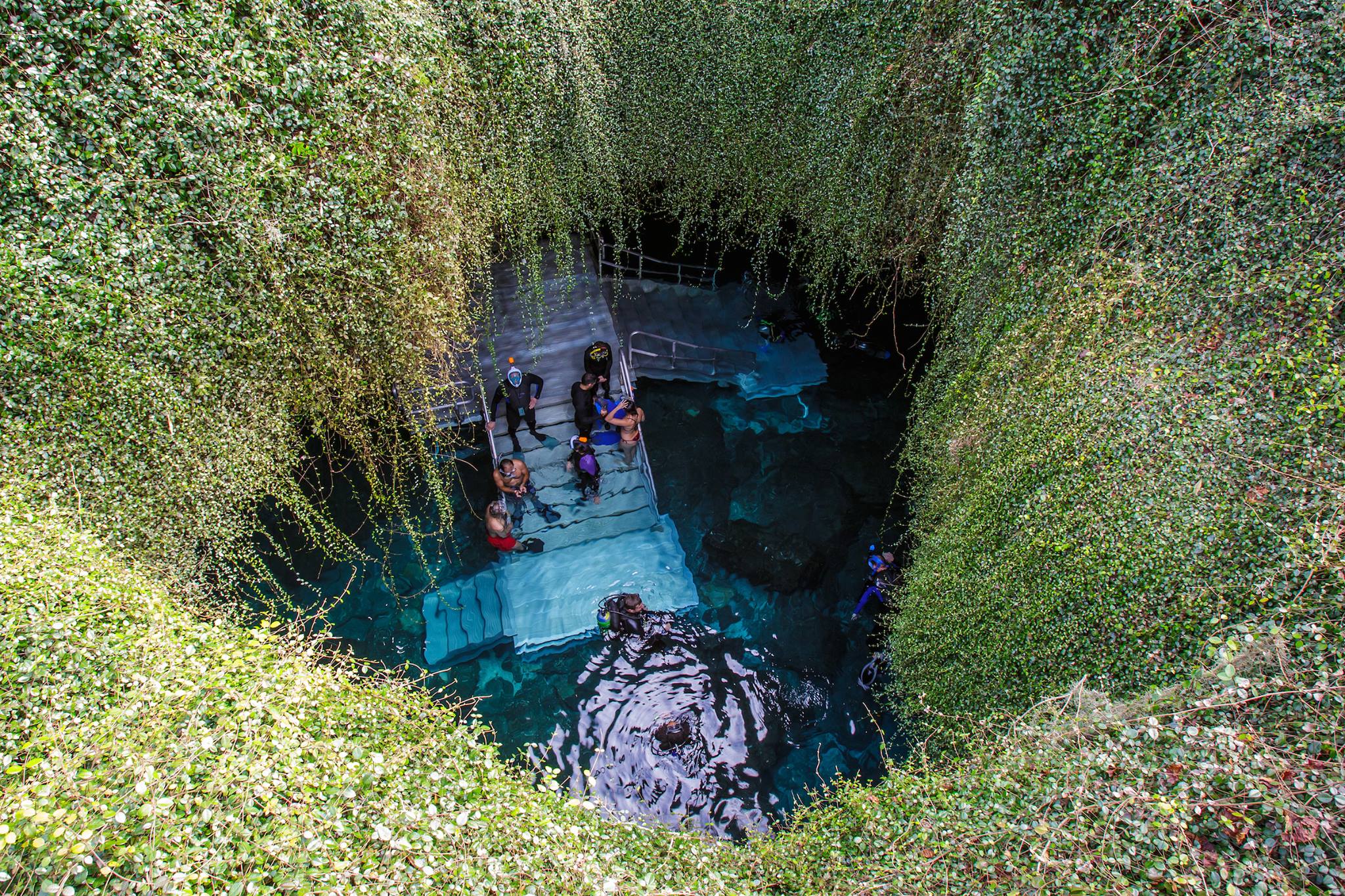 Bought in 1993 by our current owners, this natural wonder has been transformed from a simple scuba diving site to a world class tourist attraction. Visit one of North America’s most prehistoric places, Devil’s Den Spring! This underground spring inside a dry cave has been home to many extinct animal fossils dating back to the Pleistocene Age, which are on display at The University of Florida’s Museum of Natural History. On cold winter mornings you can see steam, like smoke, rising from the chimney opening. Thus, the early settlers gave the name Devil’s Den. With crystal clear water, year round 72 degree water temperatures, ancient rock formations with stalactites, fossil beds dating back 33 million years, and much more, you’re guaranteed to leave with memories that will last a lifetime!

PLEASE NOTE: Everyone is required to complete our insurance liability waiver upon entering the property. You MUST be at least 18 years of age or with a parent on property to complete the waiver. We also ask that you leave all four legged friends at home. Exceptions will be granted for service animals. 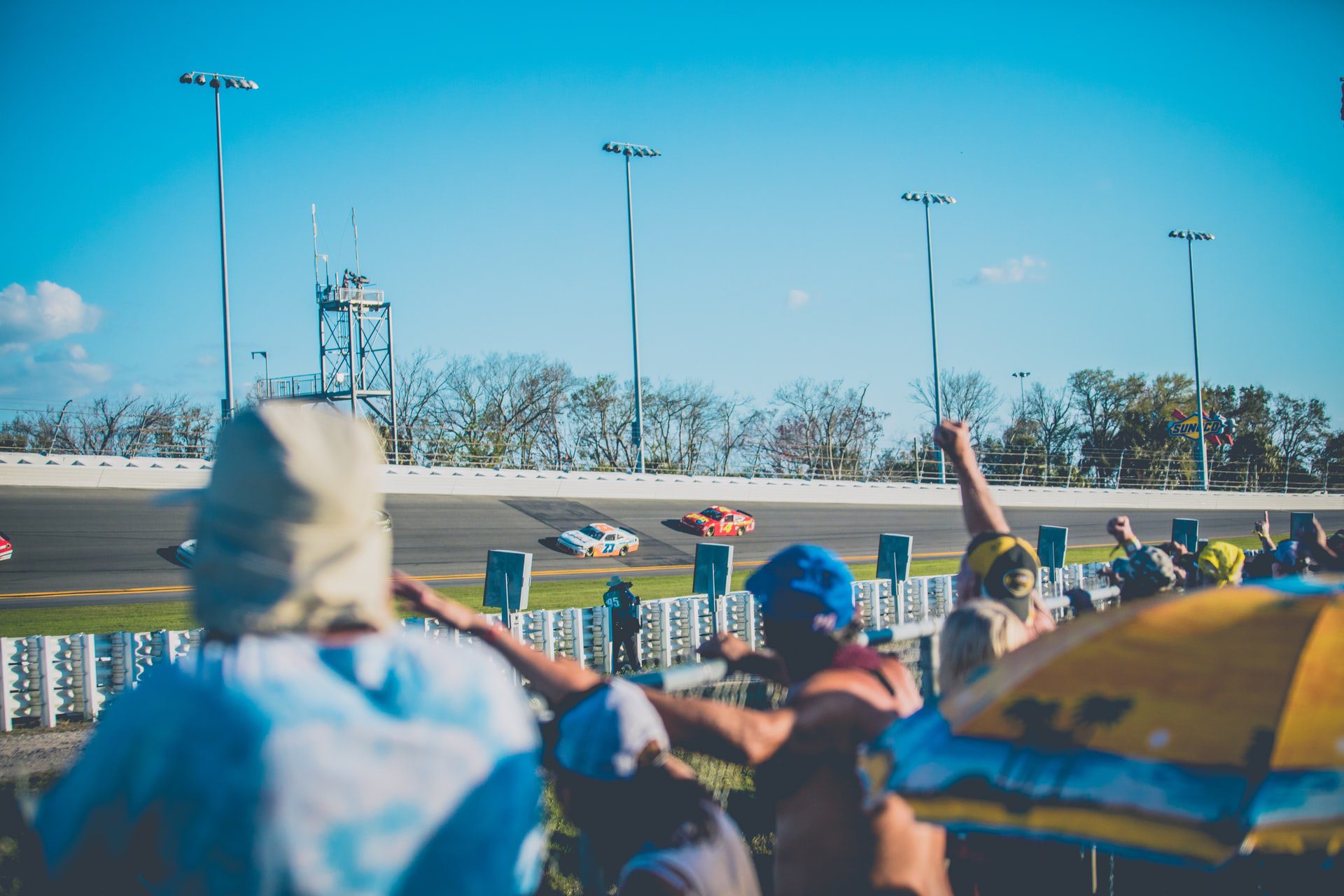 The Daytona 500 is a 500-mile-long (805 km) Monster Energy NASCAR Cup Series motor race held annually at Daytona International Speedway in Daytona Beach, Florida. It is the first of two Cup races held every year at Daytona, the second being the Coke Zero 400, and one of three held in Florida, with the annual championship showdown Ford EcoBoost 400 being held at Homestead south of Miami. It is one of the four restrictor-plate races on the Cup schedule. The inaugural Daytona 500 was held in 1959 coinciding with the opening of the speedway and since 1982, it has been the season-opening race of the Cup series.

The Daytona 500 is regarded as the most important and prestigious race on the NASCAR calendar, carrying by far the largest purse. Championship points awarded are equal to that of any other Monster Energy NASCAR Cup Series race. It is also the series’ first race of the year; this phenomenon is virtually unique in sports, which tend to have championships or other major events at the end of the season rather than the start.

Since 1995, U.S. television ratings for the Daytona 500have been the highest for any auto race of the year, surpassing the traditional leader, the Indianapolis 500 which in turn greatly surpasses the Daytona 500 in in-track attendance and international viewing. The 2006 Daytona 500 attracted the sixth largest average live global TV audience of any sporting event that year with 20 million viewers.

The race serves as the final event of Speedweeks and is sometimes known as “The Great American Race” or the “Super Bowl of Stock Car Racing”. Since its inception, the race has been held in mid-to-late February. From 1971 to 2011, and again since 2018, the event has been as associated with Presidents Day weekend, taking place on the Sunday before the third Monday in February. 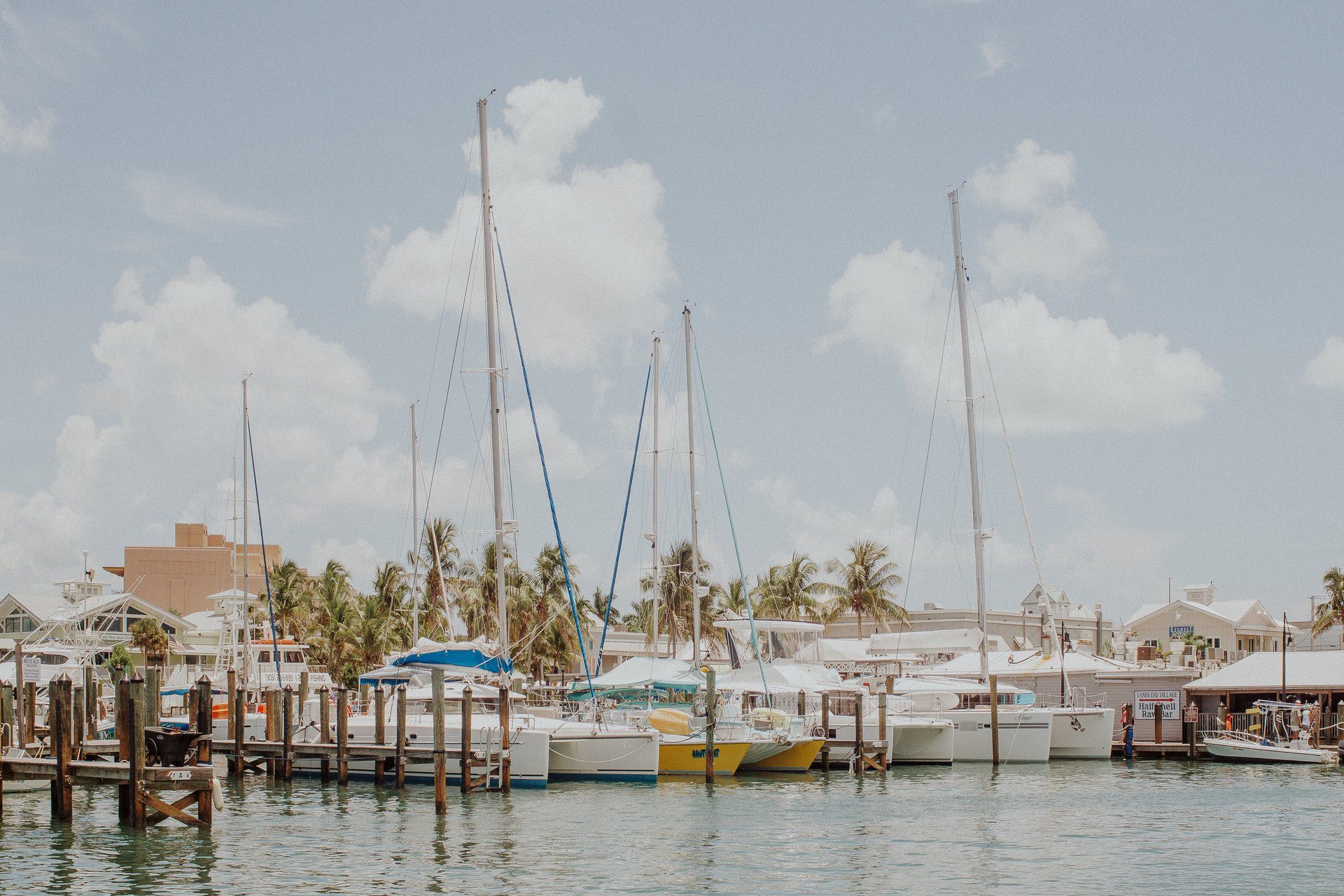 Key West (Spanish: Cayo Hueso) is an island and city in the Straits of Florida on the North American continent. The city lies at the southernmost end of U.S. Route 1, the longest north-south road in the United States. Key West is the southernmost city in the contiguous United States and the westernmost island connected by highway in the Florida Keys. The island is about 4 miles (6.4 km) long and 1 mile (1.6 km) wide, with a total land mass of 4.2 square miles (11 km2). Duval Street, its main street, is 1.1 miles (1.8 km) in length in its 14-block-long crossing from the Gulf of Mexico to the Straits of Florida and the Atlantic Ocean. Key West is about 95 miles (153 km) north of Cuba at their closest points.
The city is the county seat of Monroe County. The city boundaries include the island of Key West and all or part of several nearby islands: Sigsbee Park, Fleming Key, Sunset Key, and the northern part of Stock Island. The total land area of the city is 5.6 square miles (14.5 km2).Key West is the southern terminus of U.S. Route 1, State Road A1A, the East Coast Greenway and, before 1935, the Florida East Coast Railway.

Key West is 129 miles (208 km) southwest of Miami by air, about 160 miles (260 km) by car, and 106 miles (171 km) north-northeast of Havana.[10] Key West is a port of call for many passenger cruise ships. The Key West International Airport provides airline service to these great destinations. Naval Air Station Key West is an important year round training site for naval aviation due to the tropical weather, which is also the reason Key West was chosen as the Winter White House of President Harry S. Truman. The central business district is located along Duval Street and includes much of the northwestern corner of the island. The official city motto is “One Human Family.” 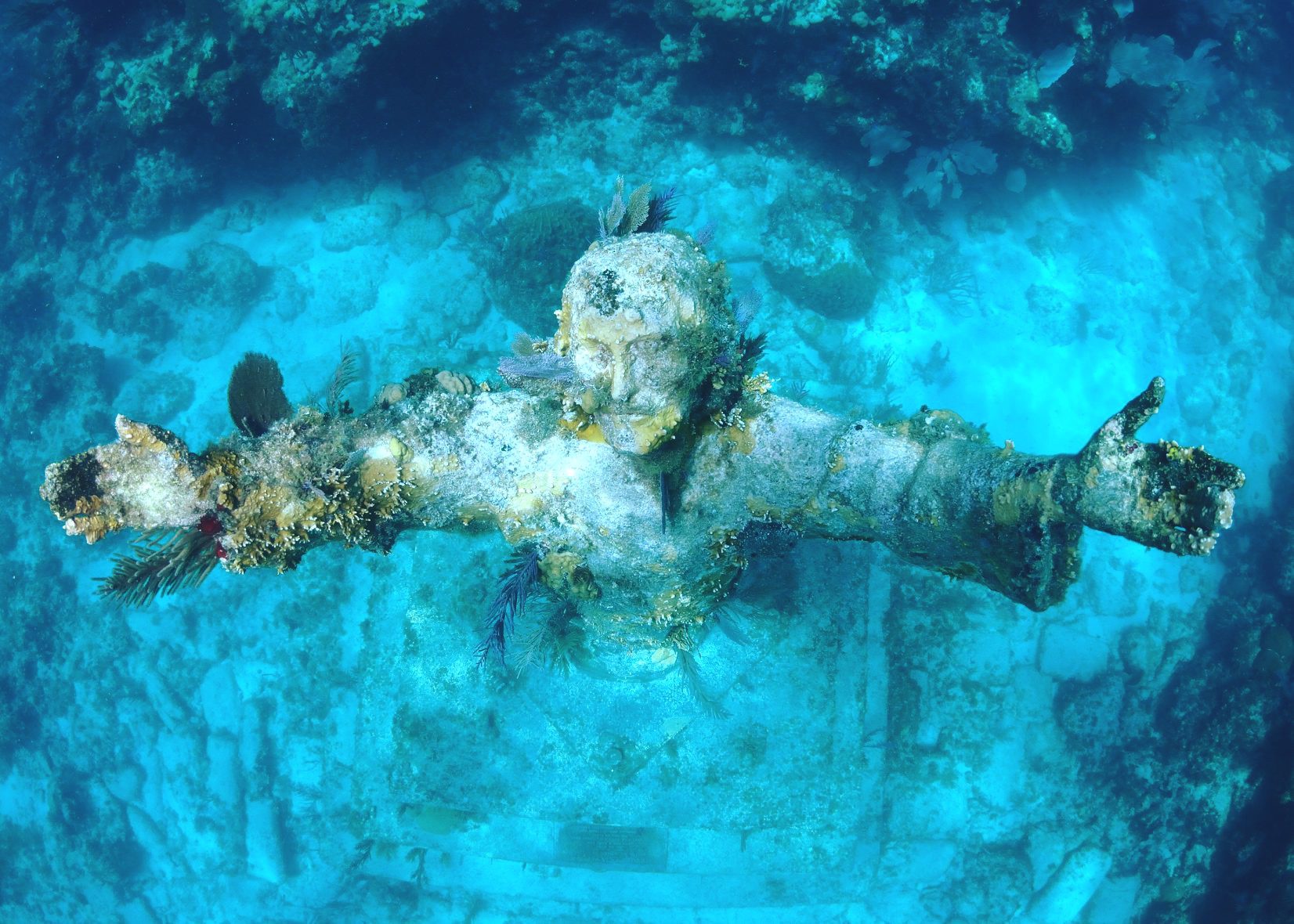 John Pennekamp Coral Reef State Park is a Florida State Park located on Key Largo in Florida. It includes approximately 70 nautical square miles (240 km²) of adjacent Atlantic Ocean waters. It was the first underwater park in the United States. The park was added to the National Register of Historic Places on April 14, 1972. The primary attractions of the park are the coral reefs (such as Molasses Reef) and their associated marine life.

In Fiscal Year 2004 the park had more than a million visitors, making it the most popular park in the Florida State Parks system. The Florida Keys and the Flower Garden Banks in the Gulf of Mexico off the Texas coast are the only living coral reef formations in the continental United States.

Fort Wilderness was designed with a rustic theme. Tree-lined winding roads loop around to the various regions of the resort. Part of the resort is occupied by campsites where visitors with tents or recreational vehicles can stay. The remainder of the lodging area is occupied by cabins, designed to resemble log cabins.

Recreation
The resort features playgrounds and two heated swimming pools. Other activities include fishing and horseback riding. A 2.3-mile (3.7 km) paved and sand exercise trail extends from the pony farm to the Wilderness Lodge. They also provide canoes, kayaks, bikes, and tennis rackets to rent at the bike barn. Guests can make reservations to be taught archery and go horseback riding.

Entertainment
Located next to the Beach, guests can visit the Tri Circle D ranch, where the horses used by the Disney company are kept. Trail rides, Carriage and Hay rides, and a petting zoo are also available. Each night, the campground features the Campfire Sing-Along with Chip ‘n’ Dale presented by Pop Secret. A Disney Cast Member leads songs in an outdoor amphitheater, while the characters Chip ‘n’ Dale approach seated audience members, signing autographs and posing for photos. Two firepits are available for roasting marshmallows and making s’mores. Following the sing-along, a Disney children’s movie is shown on an outdoor screen. Here is where the fore mentioned food truck stands selling lunch and dinner. Also at night, the Electrical Water Pageant and the Magic Kingdom’s Happily Ever After Fireworks Spectacular can be seen from Clementine’s beach.

Fort Wilderness Railroad
The Fort Wilderness Railroad (FWRR) was a 3.5-mile (5.6 km), 2 ft 6 in (762 mm) narrow-gauge heritage railroad located in Disney’s Fort Wilderness Resort & Campground. The railroad provided transportation to the resort’s various campsites, as well as to the nearby River Country water park. After an operational trial period in late 1973, the railroad officially opened on January 1, 1974. Due to issues with track maintenance, pedestrian safety, noise concerns, and the locomotives’ low fuel capacity, the railroad only operated occasionally after 1977, and closed permanently in February 1980. Some sections of the track ties remain in place along the outer areas of the campground.

Looking For Something Specific?

We look forward to next adventure with us

We’re always happy to chat about what we do, why, and how. Get in touch with us and start the conversation. We’d love to hear from you.